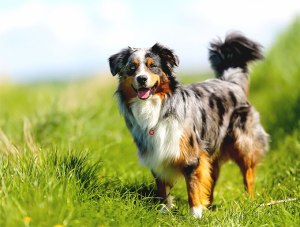 Making new friends!   Today I went to meet a potential client and while talking to her person I reminisced why I started boarding dogs in my home. For our pets, being away from their family is stressful enough, compound on that having to go live at a kennel for an extended stay with new sounds and lot’s of other dogs and that can be overwhelming.  Younger dogs if exposed early on, can get used to the experience and in a lot of cases, enjoy themselves.  Our geriatric companions though, have enough to deal with as they age, continuity or feeling at home goes along when they are separated from family.   In the past when we have taken a vacation and our pets are not able to tag along, I find someone to come to live in our home to avoid having to take them to a kennel.  For us, that has always worked perfectly as the animals are in their space and the only adjustment they have to make is getting used to a different person responsible for their care.  We did run into trouble back when we lived in Thunder Bay after we had adopted a second dog, when we would go to Southern Ontario to visit with family, the person we stayed with wasn’t interested in my bringing two dogs.  For the first time with my pets, I decided to board my adopted dog Nishka in a kennel, thinking if I had her near by I could go walk her during the days so she could still see us.  No matter how lovely the establishment was where I would board her, when she would come back home with us, she always depleted and under the weather for about a week or two afterwards.  Nishka was a senior dog,  it was very evident the experience was too stressful, I think partly because she was an older and partly she was a free spirit and being in a kennel went against her nature.  After several failed attempts, we found a suitable person to come live in our home so she didn’t have to struggle.  With Lucas, we recognized that after loosing his family and living  at the pound for two weeks, being in a kennel or unfamiliar living situation was more than he could deal with, we respect what he has experienced and we find someone to come live with him or he goes to live with his buddy Harley.  The reason why I started offering people the opportunity to board their pets in my home was so that everyone had peace of mind.  For your canine companion, they are at a home away from home.  They live as part of our family, sure it isn’t their regular surroundings and things are unfamiliar and different, but it isn’t a huge change from what they are used to as they are adopted into the fold.  I have yet to meet a guest who hasn’t thrived with us when their humans are on vacation.  I was saying to the lovely woman and her beautiful girl that I was lucky to meet today, that for me there are so many perks to boarding other people’s furry friends in my home, one being that both my pets are male,  it’s awesome to have a girl around to remind me what’s it like to have a shadow.  It’s awesome making new friends!