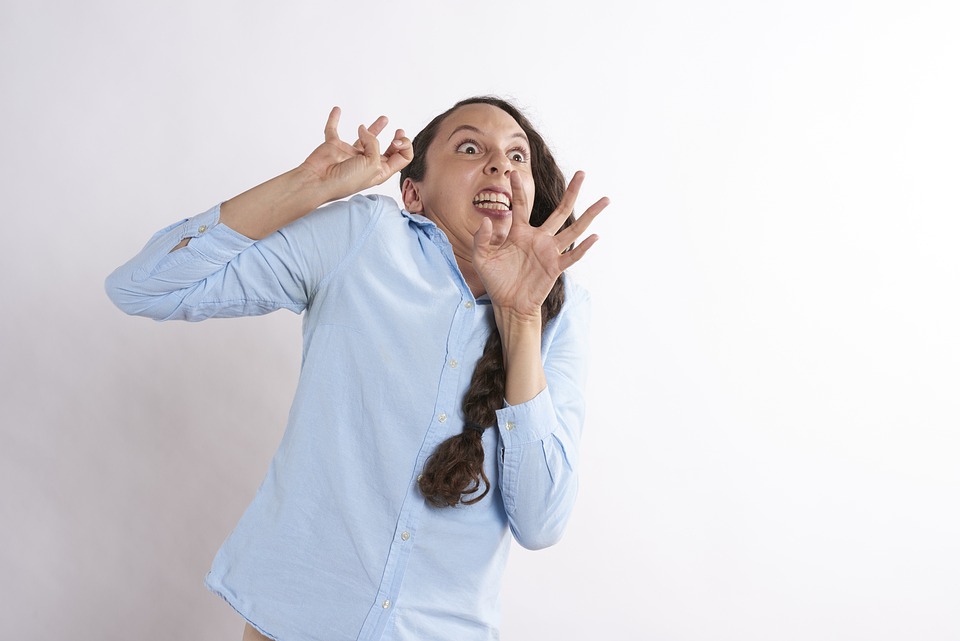 It is all right to be afraid…   And yet, sometimes the way we deal with our fear is extremely counter intuitive!  Some people are afraid of heights, others spiders and the one I most commonly experience…a fear of dogs.  I do not judge those that are apprehensive around my four legged friends, I can empathize what it is like to feel an indescribable anxiety over something….I have been known to have a panic attack if I encounter a few serpents seizing the opportunity to bask on a rock in the warm sunshine.  Of course I know that those slithering creatures have no interest in me whatsoever, in fact, they would appreciate it if I would continue on with my walking and leave them to soaking up the warmth of the sun’s rays.

As of late, I have encountered numerous individuals who have announced, and rather overtly I might add, their fearfulness around the companions I am walking with!  I would like to start off with stating that I can usually recognize in advance, if a person is nervous around dogs, I sense it in their body language well before we approach.  Even if I don’t perceive those traits, my usual modus operandi is to steer a path around people we encounter when we are out walking to be safe, rather than sorry.  And yet, despite my best efforts to  practice avoidance, I have had some bizarre experiences with people who experience Cynophobia ( which is  a fear of dogs).  Last week one of my clients and I were strolling along the street, I spied a few ladies up ahead and was culturally sensitive to the fact that they most likely experienced a sense of uneasiness around canines.  I made sure as they approached that my companion and I meandered out on to the grass, ensuring we would be no where close to one another.   Imagine my surprise when one of the young women approached us, and asked directions.  I was in the process of trying to remember where the road met up with the one they were looking for,  when my furry friend at my side moved ever so slightly.  Much to my surprise, the woman who was standing quite close to us, let out a squeal and exclaimed she was terrified around dogs?   I felt rather irritated, I don’t mind helping someone who is lost, but if one has a fear of dogs why stop the dog walker…and most importantly…screaming isn’t the brightest defense mechanism around an animal!

Fears are sometimes based in reality, I think my discomfort around snakes dates back to when I was ten and my Dad’s buddy wanted to catch a Rattlesnake and put it in his cooler and have me sit on the flimsy plastic box, while he drove with it in his van so he could photograph it a more photogenic location.  Thankfully my Father prevailed and the Rattler evaded capture and was permitted to slink off into the tall grass.  I haven’t been a fan of anything that slithers since then!  Occasionally, when I am out walking, a snake will inadvertently wriggle across my path and I will let out some ridiculous sound and commonly I will run the opposite direction.  I am working on this irrational reaction, but I can say that a snake and a canine are about as similar as pandas and grizzly bears.  If I could make a public service announcement to individuals who are frightened by dogs to help them navigate the situation so that they stay calm and safe as well as the animal they encounter, I would feel rather empowered!

It is not a good strategy to yell at an oncoming dog walker, “I am afraid of dogs!” and then shriek or recoil.  That is a sure fire way to get the wrong kind of attention!  Basically, the pooch you are approaching can now sense your alarm and has become equally wary…such behaviour signals to them that they need to protect their human or depending on the dog, they think it is their job to make you feel better and now want to jump all over you in a futile attempt to make you happy.  And let me say, I do empathize that there are people who will let their dogs off lead to run around in public places which is disconcerting for those who are not dog lovers.  There is nothing more annoying than hearing a person call out “Don’t worry, he is friendly!”  That is entirely not the point…we can’t assume, as my Mother would say, it makes an ass out of U and me, that we are all the same and that Fido is everyone’s elixir to a happy life!

We all need to be sensitive and in tune to others we encounter!  Dogs are magnificent creatures, but not everyone has a shared experience of man’s supposed best friend.  I would like to suggest if you are a person who is fearful of dog’s, try to remain calm when you happen upon one, breath and don’t scream!  A couple weeks back one of my clients and I were walking along a path and a woman was approaching from the opposite direction, as she neared us she literally jumped onto the grass and shrieked.  Not only did she startle the dog, she scared the begeezers out of me…she completely confused me, my friend hadn’t even glanced in her direction and we had nearly passed her when she decided to have her outburst.   Thankfully, even though my companion reacted, we managed to pass by without any negative outcome.  I will say though, I spent the remainder of our walk lamenting that things could have gone entirely differently and that I would like to give that lady a wee lecture on how not to behave if she wants to avoid unwanted attention.  The pooch I was with went from calm and happy, to nervousand wanting to protect me.

It all comes down to fear…the way most of us deal with something we don’t like is to avoid it…if horror films are not a genre one doesn’t care for, you don’t go see the movie “Friday the 13th”.  But things like spiders, mice and dogs are not as easy to eradicate from our day to day existence.  How we react is the only thing we can control and this is something I would like all Cynophobes to take heed of!  If you see a dog, on or off lead that is heading in your trajectory you can attempt to change your course, or you could move well off to the side and calmly state that you are afraid, but what you should not do is try and whisk past the animal while you are exuding your fear…animals can smell that!  I can not emphasize enough, do not yell…scream….whoop…squeal…I know it is hard not to do that when you are afraid, but please, be smart.  Again, I can relate, it is very hard to stay cool and level headed when one is afraid!

This may sound like a crazy idea…but I bet if you sat in a room full of puppies you might come out with an entirely altered view of man’s best friend. It is a tall order to ask someone with a phobia to remain non pulsed when faced with a tail wagging, fur covered representation of something that makes one’s heart race.  I know I wouldn’t be able to sit in a snake pit without hyperventilating and transforming into a blithering idiot!  I will remain realistic and just advise that if you don’t like dogs try to avoid areas where you know you will encounter them.  And when the inevitable occurs, this is a coping mechanism that I try, when a serpent  crosses my path,  I retreat to my inner happy place.   If you meander past  the source of your angst and convince yourself that the pooch is a non issue,  the outcome that should ensue should be pleasant and uneventful!

What I know for sure….screaming in the presence of man’s best friend is a huge mistake!