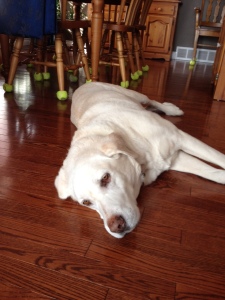 “I may be old, but don’t underestimate me…I’m not dead yet!” A little while back, I was at a family gathering and my sister-in-law had made some amazing desserts, one of the items being a Cheesecake that was gooey, covered in caramel and oh so delicious!  One of our elderly family members is a diabetic and has to watch his sugar in take, but was allowed to have a piece.  We were all visiting and were spread throughout the house after having dessert, when one of the kids came and whispered in the ear of their parent.  Turns out there was a a nice chunk of the cheesecake sitting on the dining room table, my Father-in-law grabbed his walker and made his way over to the dining room table , surreptitiously parking himself beside it, grabbed a fork, and while all of us were engaged in conversation, he almost completely demolished it.  And I don’t think he was too impressed he was discovered before he could polish the whole thing off and break into the container of Butter Tarts.   Everyone was aghast, who knew he had it in him to be so crafty!  As I mentioned, this is the week of the geriatric pet sitting, I took one of the old gents with me on a road trip one day, I had packed his food, plus a snack for my spouse.  We had to do a few errands on the way to our final destination, I had Brule set up in the van with his bed and some water, and we literally ran in to put a deposit down in a store for some carpeting, I was gone all of ten minutes.  Brule, is 13 years old, and moves as slow as molasses in January.  I had left the bag in the car with an apple, two bottles of water, a baggie with four honey garlic meat sticks (cut in half) and some rubber gloves.  When I returned to the vehicle, Brule was happily slumbering on his bed and we drive off.  Fast forward to about five o’clock in the afternoon and I am starting to feel a might peckish, I go grab the bag and yell out to my spouse “When did you eat the meat sticks?”  He replied he hadn’t touched them, odd I think and scratch my head…I go back and look in the vehicle under the seats, and everywhere else I can think of, but no meat sticks. “Are you sure you didn’t eat them?” I yelled out, the reply was still no.   I call home and ask my daughter if I had left them on the counter, nope! Plus, I remembered, when I had gotten into the vehicle at the beginning of our journey, all I could smell was those honey garlic pepperettes.  I am still baffled how the 13 year old dog, who can barely navigate the stairs or getting up off his pillow in the morning, managed to climb over the impediment that I had situated between the seats, got into the Lululemon bag, managing to not disrupt the apple, or rubber gloves, that were on top of the baggie filled with meat, leaving things looking as it had when I left it and  got back to his pillow, after eating the meat sticks and not leave a SHRED of evidence of his debauchery!  Now that is stealth, who knew the old guy had it in him!  And much to my relief, those pepperettes passed through him without issue and I can now laugh at the Meat Muncher Caper!  Yup, he may be old, but when there is incentive, that sly old Lab has game!